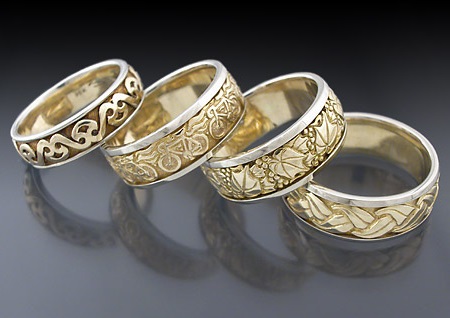 You, who’s always up to date on the latest IT thing, of course, would already know how popular men’s engagement rings have become…

Besides, if you’re tagged as out of action by your engagement ring, why shouldn’t your man be tagged by a man engagement ring too? Turn about is fair play, your dad always said.

Okay, maybe not by the truckloads, but they should be. A man engagement ring is a wonderful way, not only to show the world you’ve bagged your man, but also to give your man a chance to show the world his cutting edge trend-setting-know-how.

And to get used to the idea of wearing a ring, if he doesn’t already wear one. Some people refer to having engaged men wear men’s engagement rings as putting them “in training” to wear wedding bands. Hmm, that has potential .

Anyway, whatever you call it, men’s engagement rings are cool. Hip. Chic.

They come in a wide variety of styles and metals.

Now, there’s a lot of controversy over just which finger a man engagement ring should be worn on. Some say it should be on the ring finger of his left hand where he’ll wear his wedding band – that’s where the “in training” thingy came from. Some say on the ring finger of a man’s right hand is the right place. Others say men’s engagement rings worn on the pinkies of either hand is the most acceptable.

The truth is anything goes here. It’s a new trend and it’s really between you and your special man to make the decision – unless there’s a reason due to your religion or culture that says otherwise. You could start your shopping with a bit of subtlety by having a look at the range of cutting-edge man engagement rings at mondera.com.

As to what to do with a man’s engagement ring after the wedding, well, that depends on what decision the two of you made about what finger he would wear it on. Many people are choosing rings that can be worn with the wedding band.

Again, where or even if he wears his man engagement ring after you say “I do” is up to you. And that’s just the way it should be.

Hot tip of the day: Titanium seems to be the most popular metal for men’s engagement rings because it’s sooo durable and traditionally has been connected with masculinity. So, you can easily find one that fits not only your special man’s finger, but his personality and lifestyle as well. 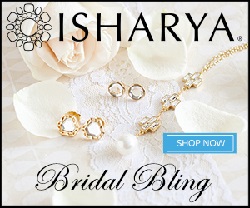 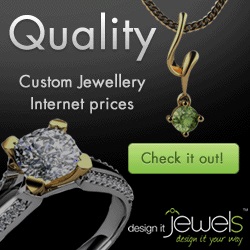 - Old Mine Cut Diamonds Guide - A look into popular diamond shapes of the past that are making a resurgence in today's market. - 30 tips to help you find the perfect Irish jewelry gift for your loved one. - The ultimate wedding website resource for brides and grooms